An Independent choice for Milton Keynes in the General Election 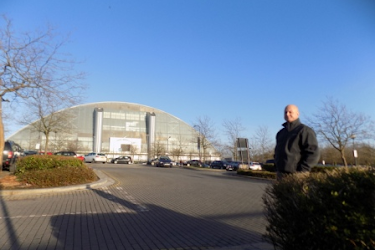 Fed up of party politics and the same old politicians? At the General Election in May, you’ll have a different option for Milton Keynes.

Steve Fulton is standing as an Independent candidate for the Milton Keynes South constituency and CitiBlog is running a series of articles so you can decide who you want to vote for.

So just who is Mr Fulton and why does he feel it is important to stand in the city?

He told CitiBlog: “I came to this town 12 years ago expecting little more than a landscape of roundabouts: I found a wonderful Garden City with a community that works together and is well-connected. I have a wife and three young children who are privileged to live in a proper community with big town benefits.

“So I started to get involved: as a youth rugby coach and as an Academy governor; I could feel the potential of this town.  But then, looking into details and statistics I could see danger: danger that political capital was being made with no political protection given.

Iain Stewart is the current Conservative MP and Mr Fulton is frustrated by his refusal to go against party policy to do what is best for Milton Keynes.

He added: “What do I mean? Credit taken for MK’s growth in businesses coming to town but no responsibility taken for Government stifling business or creating more apprenticeships;  credit taken for job availability but no responsibility accepted for the high number of people on Job Seekers’ Allowance;  MPs taking credit for MK’s innovation but lacking the determination to fight for greater government backing for its 8 great technologies; career MPs taking credit and making political capital but not challenging their parties when a greater fight is required.

“So I decided to become a voice for the ordinary citizen in this town. That means having the courage of my convictions: to be challenging and being prepared to be challenged.  We live in an indulged, protected society but we seem to have forgotten what it took to achieve these comforts; we forget the struggle people made to get the vote.

“We must never forget the value of our voice.  If we think the task of making decisions is always someone else’s responsibility or even worse, if we are so comfortable that we simply can’t be bothered,  then we deserve what we get.  I teach my children to stand up for what is right.  So I should lead by example."


VIDEO: MK Citizen continues its countdown to the election #MKvotes2015

A father-of-five says he is running to be an Independent MP to practice what he preaches to his children - to stand up for what you believe in.
Stephen Fulton, parliamentary candidate for Milton Keynes South, visited Shenley Wood Retirement Village on Friday to convince voters to make a change by voting for an Independent. 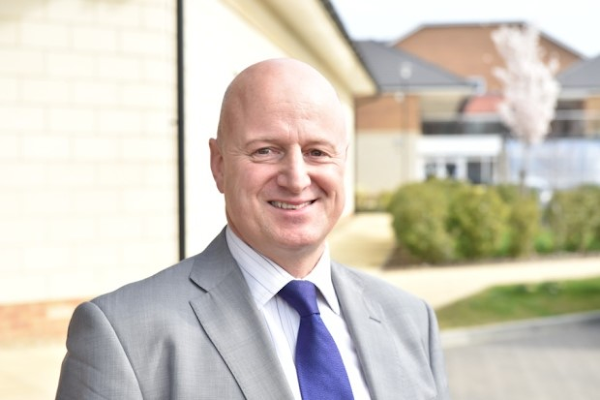 Stephen Fulton, parliamentary candidate for Milton Keynes South
He said: “Having an Independent voice can make a difference.
“I am for growth in this town - I want companies to build their headquarters here.
“So I want to be sure that when we decide on Europe we decide for the right reasons for Milton Keynes - not out of anxiety or fear of an influx of migrants.
“I do believe that any of the policies that are good for Milton Keynes will be good for the country.
“Having an Independent voice can make a difference.”
Stephen Fulton, parliamentary candidate for Milton Keynes South
“We have to vote for a representative who will go and fight for their constituency.”
Mr Fulton lives in Shenley Church End with his wife, Charlotte, and three of their children. Mrs Fulton said she thought her husband was “insane” when he initially announced running for the MK South seat - but now believes he will do a “fantastic job” for the people of Milton Keynes.
Mrs Fulton said: “We both work full-time, have three young children - two grown-up and a grandchild - so we have a lot going on.
“I asked if he had thought this through, was this a sensible idea, but he explained that he didn’t feel he could push his children to stand up for what they believe in if he didn’t demonstrate he was doing that himself.
“So that was a bit of a shot to the heart, so since then I have really supportive of him doing it.”
When asked if he thinks he can win, Mr Fulton said: “With the focus on the main parties it’s really hard to get your voice heard.
“When people realise that they should be voting for the person they want to represent them first, I think it is the mandate that is important, and that could give me a win.”
In the run-up to the election, reporter Amanda Devlin has been out and about with candidates fighting for the hotly contested Milton Keynes South seat.

HAVE YOUR SAY
With just one week to go until the general election, here is the Citizen’s special report on the candidates competing to represent Milton Keynes in Parliament.

I am no career politician. I am a local family man, school governor and youth rugby coach with three children. As a young man, I left school with 3 O’Levels, but was saved by an engineering apprenticeship with part time study, and developed into a technologist who has run business Start-Ups and worked for Global Technology companies.

> I will be only accountable to the constituency electorate. No party whip with a voluntary agreement with the electorate to pursue and vote for the key initiatives that are needed for MK, the City Deal Investment, Infrastructure, NHS Investment, Incentives for Traineeships and Apprenticeships to improve and create more job opportunities, and attract high tech companies that require this.

> I will proactively listen to constituents’ opinions on parliamentary votes using e-polls. Respect the people: Provide 100% transparency on all resources (financial or other) received and spent. Trust the people: Poll constituents on key parliamentary decisions – and vote accordingly. (When called for by a minimum 10% of constituents.) I will volunteer easy Recall if the constituency are unhappy with my work.

> I will support the MK Smart City Strategic plans and go further, by lobbying for MK to use its position between Oxford, Cambridge, London, Birmingham to be the Innovation and Digital Hub for SE Midlands, London & SE England, supported by Data Centres and an MK University. A real alternative to the London Tech Hub to drive greater innovation and small business supporting Global Technology.